In My Mailbox is a feature hosted by Kristi of The Story Siren, inspired by Alea of Pop Culture Junkie. In line with my recently-ended three-week hiatus, I haven’t updated this feature for almost two months! I have this nasty habit of letting my recently acquired books go unnoticed until they literally make a pile. Tsk. Oh well. I got a lot of interesting mail these past few weeks too, including two postcards and a parcel from Aussie author Shirley Marr! But more on the latter later 😉 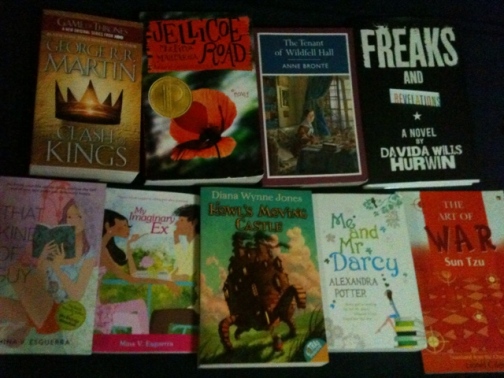 A Clash of Kings by George R.R. Martin

The Tenant of Wildfell Hall by Anne Brontë

The Art of War by Sun Tzu

Me and Mr. Darcy by Alexandra Potter (review here)

That Kind of Guy by Mina V. Esguerra

All of them were bought except for The Art of War, which my father gave to me (after he unearthed it from his own pile of books) so, THANK YOU DAD!

I also received my first two postcards through Postcrossing! Yay! 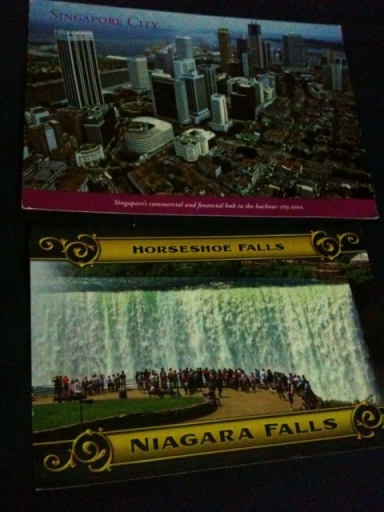 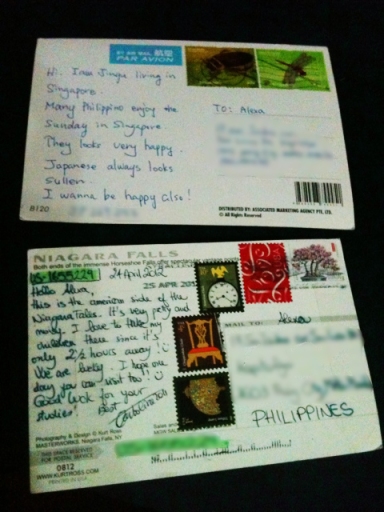 And finally, I present the package I got from Shirley Marr! Yay! I got it after joining her birthday giveaway over at The Midnight Garden, but I never expected to win since I have the worst luck at raffles. Not this time though! 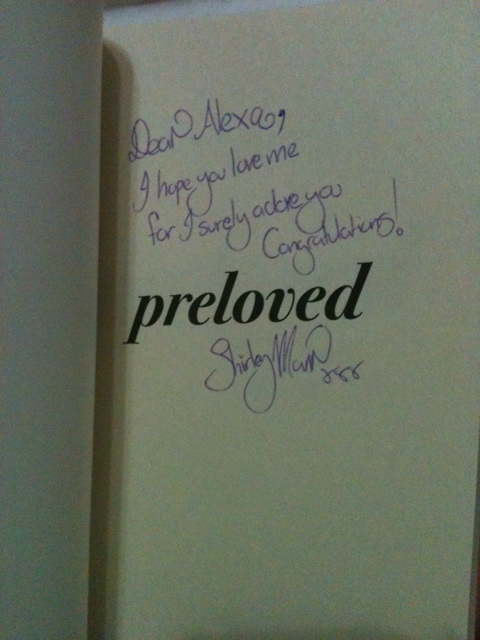 Thank you, Ms. Shirley Marr! And to Wendy Darling for hosting the giveaway at The Midnight Garden as well! Thank you so so much! ❤

Aaaaand that’s it. That’s all for this week’s In My Mailbox feature! Sharing the books I want to read to you all has been fun! I now wish I have a bona fide mailbox here (mailboxes aren’t used quite often in the Philippines) but it’s been really awesome receiving all kinds of mail while shopping for books as well!

How about you? Do you have any books you’ve acquired recently that you want to talk about? Feel free to share anything you’ve bought or gotten as well! 🙂